LOS ANGELES, Calif. – The American Green Zone Alliance (AGZA) is pleased to announce the STIHL AK System of battery-powered equipment is now an AGZA Field Tested Certified (AFTC) line of tools. The tools went through a stringent process of robust testing through commercial operators, heavy battery and charging cycling in high heat temperatures, and homeowners gave us feedback on the ergonomics and performance. 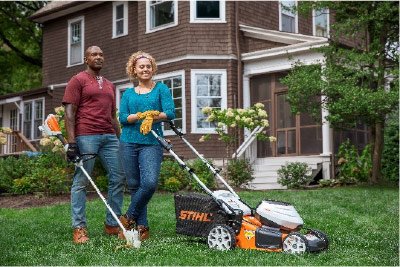 The STIHL AK SYSTEM Backstory
STIHL introduced the AK 36V homeowner system of tools to the U.S. market after launching in 2016. STIHL wanted to develop a high-performance line for consumers that would have similar customer satisfaction as its legendary AP System of professional battery-powered tools. Rather than introduce a homeowner-rated line of tools on the market first, STIHL produced battery-powered tools for professionals with overwhelming success and now has something special for property owners who appreciate superior engineering, design, and functionality. STIHL values the AK System going through the AGZA AFTC independent testing process to gain understanding on the performance, reliability, ergonomic feedback, and durability of these tools through an independent lens. The AK System went through the same paces that all AGZA AFTC brands are required to go through.

Commercial Level Testing – STIHL made it clear to AGZA that the AK System is designed and manufactured for homeowners. That said, AGZA torture-tested the AK System with our extensive network of commercial operators in a variety of settings. AGZA can accelerate and amass confirmed high volumes of hourly use with commercial operational testing. The tools were also tested among homeowners for feedback on performance, ergonomic satisfaction (which was high), and functionality. The combination of rigorous commercial testing and homeowner trial use feedback gives AGZA and our alliance followers the assurance they are purchasing a quality brand. Many of AGZA’s commercial operators who currently use STIHL AP professional tools were impressed with the STHIL AK System overall. 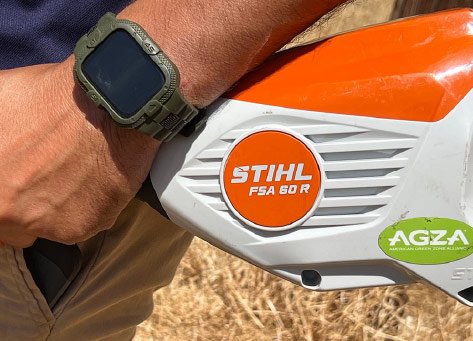 AGZA’s primary concern is safety, followed by durability and reliability. “AGZA’s independent relationship with STIHL Inc. goes back over a decade, placing heavy torturous hours on STIHL 36V, AP battery-powered commercial tools. Despite that history, we had to approach the AK System completely separate of the AP System. AGZA is pleased with the outcome and looks forward to sharing our findings and testing feedback with our alliance members and the public,” said Dan Mabe, president of the American Green Zone Alliance.

STIHL 36V AK system IS AFTC Approved
The entire list of STIHL AK tools has undergone the AGZA Field Test Certification (AFTC) process. STIHL and any other AFTC manufacturer that releases a new tool within the platform are required to provide samples for AGZA to test. As long as battery voltages and compatibility have not changed and new tools can “interface” with the original platform, AFTC status does not change. 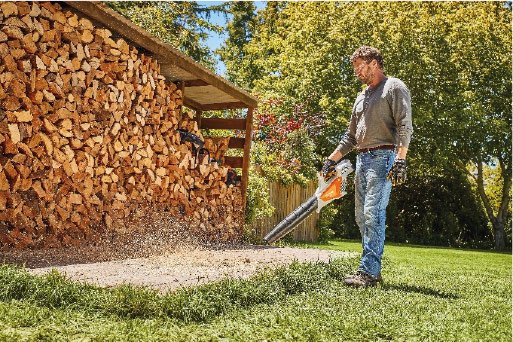 STIHL AK TOOL Attributes
STIHL has achieved AFTC Certification for both homeowner/consumer and professional/commercial battery powered systems. AGZA’s mission is to rigorously test each such system to help consumers make informed choices and realize a return on their investment. Consumers have so much embellished information thrown at them by marketing companies mass producing and selling tools on the American market. AGZA acknowledges that aftermarket sales support and timely warranty responses factor into customer satisfaction. AGZA considers this component and makes it part of our certification. With over 10,000 independent local dealers, STIHL prides itself in providing aftermarket support for all its products.

STIHL is strongly committed to joining other AFTC tool platforms to support AGZA Residential, Service Pro and Green Zone® education and certification programs for lower-impact grounds maintenance. The commitment of STIHL to designing and manufacturing innovative battery-powered tool products helps create a better quality of life by lowering noise in our neighborhoods. Collaboration between STIHL and AGZA will continue to help transition prudently and responsibly into battery technology for years to come.

“AGZA cannot stress enough that our value and credibility depend on our voice remaining absolutely independent. We test and vet tools from manufacturers who recognize the value of our field certification, then provide this information to homeowners, professionals, municipal and academic institutions. We insist on the most candid feedback from operators — both positive and negative. That’s our only guide in determining which brands and tools are truly viable to replace gas machines for one yard and large-scale electric operations.”

Some Quick Background on STIHL INC.

Already a name in innovative outdoor power equipment since Andreas Stihl’s invention of the electric chain saw, the Stihl family brought their products to the United States in the 1970s. STIHL Inc. began as a manufacturing facility in Virginia Beach, Virginia, with 50 employees assembling one chain saw model.

Today, STIHL Inc. is over 3,000 employees strong, producing more than 75 models of gas and battery equipment. These products are distributed nationwide through 11 regional branches and distributors, sold through a network of more than 10,000 authorized local STIHL Dealers, and exported to more than 70 countries. 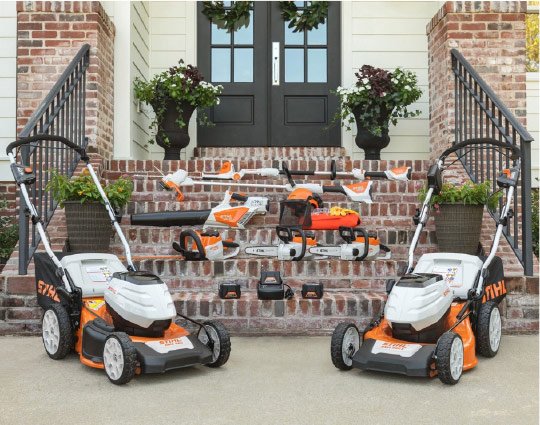 STIHL stands committed to socially responsible environmental stewardship and has invested extensively in research and development initiatives focused on developing products that lessen its environmental footprint without sacrificing power and performance. To this end, STIHL engineers are continuously spearheading new innovations in battery product technology that improve power and performance, and extend run times. The STIHL battery product systems feature multiple performance tiers – including the AK System – so users can find the right family of products for their needs.